Why Should You Choose Python for Mobile App Development?

When building a mobile app, many developers recommend using native programs to shorten both the development time and the learning curve required.

Whether your company wants to build an app for Android, iOS, or both, dedicated software built with the intended programming language in mind often provides a developer’s simplest, and first, suggestion.

However, the programming language called Python has many advantages as a mobile application development platform.

While it’s more often used in web development, Python has been used to great effect in mobile app development.

Its numerous useful applications and frameworks provide developers with options they may not have on native programs.

Knowing that such well-trafficked apps as Instagram, Spotify, and Pinterest were built using Python, your company may want to look twice at the popular programming language when creating your new mobile app. Chapter #1: What is Python?

Python is a programming language that offers dynamic functions that work well with detail-oriented projects.

For instance, Python’s data structures and dynamic typing and binding allow it to be used for rapid scripting more easily than other methods.

Since Python supports modules, packages, and all kinds of software inclusions, reusing code and converting diverse components into one readable syntax is easy.

Python’s big benefit to your app development team is that it increases productivity. Going from editing code to testing, debugging, and releasing it is faster than with many native programs (it even has its own debugger built-in).

While Python code is more commonly used in web development, software development for mobile devices can also make use of it.

Leveraging Python for mobile app development projects comes with many advantages, both in terms of Python’s abilities as well as the functionality of its add-ons.

Python’s programming code is easy for your development team to understand and use. Even if they don’t have experience working with Python, it’s easy to learn.

This is partly because Python integrates well with other programming languages. If your team plans on using multiple languages and achieving cross-platform support for your app, Python is a great option. PRO TIP:
Many mobile apps need to function in browsers as well. Python and its associated frameworks allow developers to build your software for mobile while supporting common internet structures such as HTML and XML.

Python incorporates many methods of image processing to give developers room to create what they need to. This includes dynamic object detection as well.

Computer vision, which simplifies your team’s work by automating repetitive programming tasks, is built right in when they use Python. Automated software testing is easy with Python. Your development team doesn’t have to manage them manually because Python uses a built-in script to execute testing.

This takes a ton of weight off your team to focus on development and leave the testing processes to their Python frameworks. Your developers can create a codebase that works on multiple operating systems using Python’s many libraries. This makes cross-platform development far easier on Python than on native software.

Rather than create two versions of the app that work on each OS, one for Android and one for iOS, Python helps developers integrate multiple programming languages and frameworks to make one app that works on both.

This effectively halves development time since transferring code is easy on Python and doesn’t require as much technical experience as developing for multiple platforms manually.

Another benefit of using Python for mobile app development is access to multiple tools compatible with the programming language. They help your developers make mobile apps native to Python.

Beeware is a programming framework that allows your team to use the interface that is native to the intended operating system while they’re building your app. This means that everything from the buttons to the widgets is provided by the native tools.

What this does is allow you to create more authentic and functional mobile apps, designed on the interface that they are intended for.

Though Beeware is a new framework, it adds a lot to the discussion of whether Python is a viable mobile app development tool.

A more tried-and-true framework for Python is called Kivy. It’s an open-source library that prioritizes speed and functionality in mobile app development. It works for cross-platform development and is particularly favored for business apps.

Unlike Beeware, Kivy’s interface is its own custom toolkit. It allows teams to use the same tools across platforms at the expense of not being able to design applications on the interfaces they are intended for.

Having a unique UI can work to your app’s advantage by standing out on the system, though native apps are often easier to optimize.

Particularly for businesses that prioritize security, Django has a lot of features that can make mobile apps more secure both during development and after launch.

Chapter #3: The Best Apps for Python

We mentioned that many popular apps like Pinterest were built using Python. This raises the question of what kinds of mobile apps are most well-suited to its software.

Business apps are often the go-to choice when it comes to Python development. This includes eCommerce solutions.

The reason is that Python offers a business management suite by supporting the Odoo software. Billing, accounting, warehousing, and management applications are easy to route through Odoo. 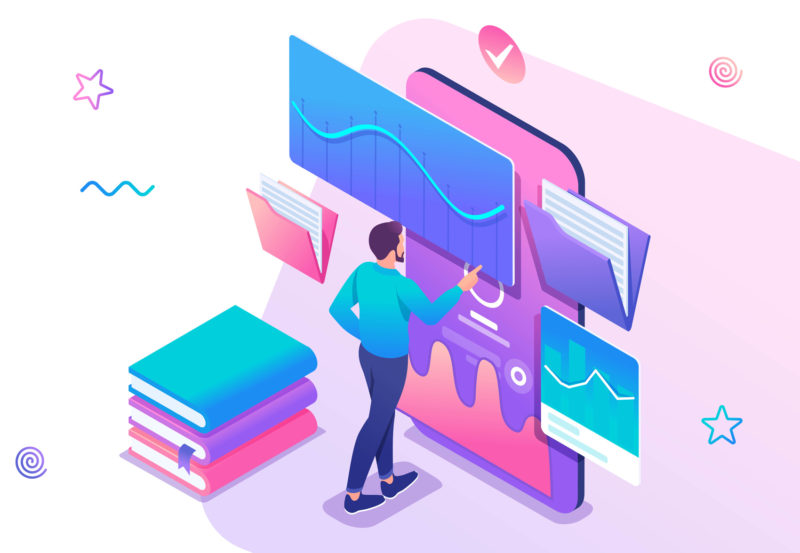 Blockchain apps can be difficult to develop. But if your business specializes in blockchain processes, Python offers many features that make related apps easier to develop.

Frameworks like Flask integrate with Python to aid in development. It allows developers to create decentralized networks more efficiently, which are the heart of blockchain application development. Apps that make use of a lot of visuals or audio can utilize python libraries like OpenCV, which makes developing audio/visual apps easier.

This is why Spotify was built in Python. Businesses that want to create a chat app can use the same functions to speed up development. Despite the many features and advantages of developing apps using Python, it also comes with disadvantages. The time it will take for your company to develop an app makes it necessary to plan as much as possible. If your development team is unfamiliar with Python, it will take even longer.

A basic timetable for mobile app development, assuming you can hire a professional development team or get yours up to speed before starting, can take up to 7 months. You should be briefing your developers on the app for a week or two before beginning and then spending a month selecting the right programmers and working through the ideas with them.

After that, developing the app’s design can take anywhere from a month to 3 months while you iron out the functionality before committing anything to code. Developing the actual app should take another 3 months.

PRO TIP:
Leave 1-2 weeks at the end of the development schedule to release the app on your chosen app store.

We have discussed the pros and cons of using Python for mobile development, but let’s also review other programming languages that your development team may prefer in comparison.

While Python is becoming more widely used by businesses that want to develop apps, particularly when they require cross-platform functionality, other programming languages have their own benefits. Java is one of the most well-known programming languages. Its first advantage is that the development team you hire may already be more familiar with it compared to Python, saving development time.

Additionally, for mobile applications, Java has a comprehensive group of open-source project tools as well as full-fledged server-side language tools.

One downside is that iOS development is tricky on Java, which was designed with Android app functionality in mind.

For iOS mobile apps specifically, Swift is a language designed for apple’s products. Among developers, Swift has become the language of choice, even over Objective C, for apps on iPhone and iPad devices.

Swift uses readable, efficient language that is easy to write code for. It also features an interactive coding interface that

Kotlin has only recently been made available to developers through Google, which used the language to develop Android. Companies that want to tailor their mobile app to Android specifically can reap the benefits of its native interface.

With new tools like Android Studio saving developers time, the ability to integrate them with languages like Kotlin will become an increasingly important deciding factor in the future.

However, the programming language has limitations.

Until further developments are done to its compiling times and its cross-platform consistency, we recommend considering multiple options in the planning stages based on the experience of your development team and the objectives of your new mobile app.

Let us help you get started with our Simple Starter package which turns your app concepts into an actionable plan.